Presentation by Anand at My Story, a TiE Silicon Valley Program on August 4, 2011. Tsuyoshi Taira introduced Anand and joined the Q&A session.

Anand Rajaraman, Venky Harinarayan, Ashish Gupta and Rakesh Mathur and I started Junglee in 1996. It was really good timing for starting a company as the Internet had just arrived and its use was booming. There was a big demand for search engines and many search engine companies were started. When we started, there was no Google yet.

During the annual TiE Conference in 1995, I was kidnapped by Rakesh and Ashish. We went to Stanford University and met Anand and Venky who showed us their search engine. At that time, search engine users could use only one word for search and as a result the engine gave too many search results. It was hard for users to get what they were looking for. We saw a search engine that could search for multiple words – “A and B” and that was a great improvement for a search engine. 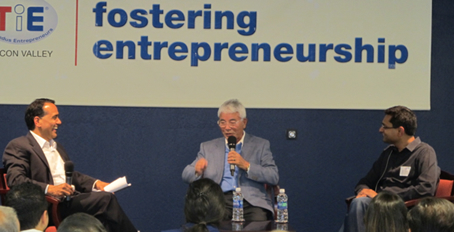 My friend Naveen Bisht chaired the event and I joined to Q&A.

The very next day I invited seven Taiwanese businessmen. We had dinner and I told every one: “this is great technology and all of you should invest in this company.” I allocated $100K each, raising $750K as seed money for Junglee.

After very hard work by these engineers, we made a job search site for The Washington Post. We raised several million dollars more from The Washington Post and a few Japanese corporate investors. After several technical improvements, Amazon came in and acquired us in 2009. Internet was still booming and Amazon stock skyrocketed. We had a very good return.

All Junglee founders then moved to Seattle where Amazon is located. There they contributed to create Amazon’s Marketplace business. Their development of competitive analysis search engine really helped with Amazon merchandize sales, which accounted for over 30 percent of Amazon’s gross sales.

After 3 years of work as hostages at Amazon, all Junglee founders came back to Silicon Valley. Anand went back to school to finish his Ph.D., and he also taught at Stanford.

Anand and Venky started a venture capital fund with Amazon CEO Jeff Bezos’ investment and some additional funds from us. These two brilliant engineers love new challenges and their enthusiasm for search engines never stops. They started Kosmix, a search service for health and medical information. They reached 5 million users and became one of the top three health information providers. Wal-Mart saw the opportunity of this company and they purchased Kosmix with $350 Million. Anand and Venkey’s technology really paid off. 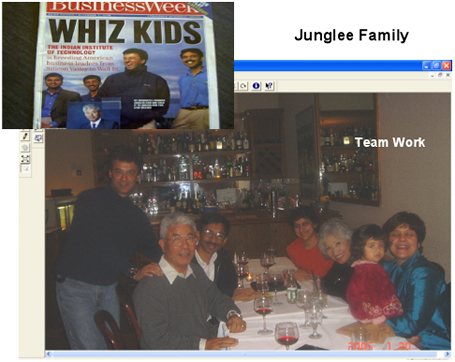 The triangle helped technology implementation in the real world.

I have been indeed very fortunate to get to know these brilliant engineers and participate in their journeys as entrepreneurs.